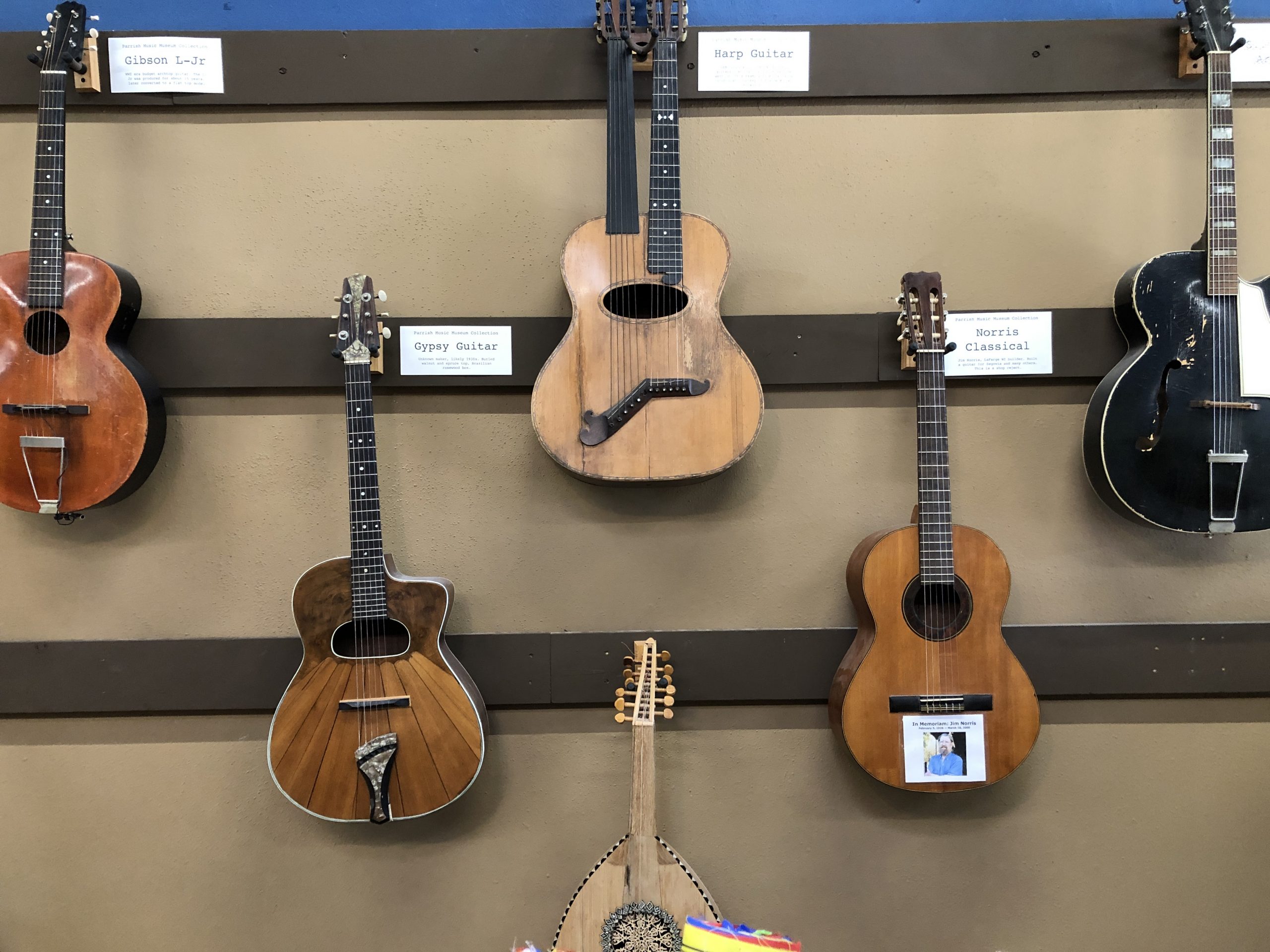 Chicago classical-guitar pioneer Jim Norris passed away March 18, 2000 at his home in LaFarge, Wisconsin after a lengthy battle with cancer. Born February 5, 1926 in Memphis, Tennessee, Jim was instrumental in bringing the classical guitar to Chicago in the late 1950s and early 1960s, where he taught the techniques and style he had learned in Spain from Andrés Segovia and José Tomas. Later, in England, he had also studied with Len Williams, the father of John Williams. John Williams and Jim were lifelong friends.

In addition to playing classical guitar, Jim also studied flamenco guitar while in Spain, and even played for the late Carmen Amaya when her flamenco troupe was appearing in Chicago. Jim also studied guitar making in Madrid in the old workshop of José Ramírez II. Jim’s own guitars feature the older Ramírez headstock pattern. In Chicago, Jim taught guitar making in the mid-1960s at the Old Town School of Folk Music and did repair in the retail store. He imported some of the first and finest vintage Spanish guitars into Chicago, including older examples by Santos, Fleta, Barbero, and Ramírez, long before anyone else. Most significantly, Jim helped to form the Mid-America Guitar Society, which began in the Old Town School of Folk Music, and continues today as the Chicago Classical Guitar Society, one of the oldest guitar societies in the nation.

Jim served in the Navy during WW II in the Pacific theater. He was exposed to the asbestos prevalent on Navy ships of the era, which many years later led to his fatal illness. An expert marksman and competitive shooter, he loved to collect fine rifles.

During the 1970s Jim turned his attention to the construction business where his skills as a fine guitar maker were indispensable in allowing him to achieve superior installations of fine carpentry and cabinetry. His most well known installation is the Walker Brothers Pancake House on Greenbay Road in Wilmette, which was designed to allow the owner to showcase an impressive collection of rare art and stained glass.

In recent years, Jim had returned to guitar making, completely redesigning his guitars in the style of Smallman whose instruments are played by Jim’s close friend, John Williams. A frequent exhibitor at guitar festivals and luthier conventions, Jim had developed the enthusiastic following of a new generation of players who were largely unaware of his significant past involvement with the instrument. He made well over 200 instruments, which have been sold all over the world. Jim married several times. He is survived by his wife Mary of LaFarge, Wisconsin.

Guitar on loan courtesy of Gerald Adams of Westby

Please call or text and we will make arrangements. Leave a message on the store line 608-637-7730. You can also text Ted’s cell at 608-606-5699. Please note that we cannot always answer the phone right away as we may be online with lessons.